Aggression in Dogs - How to calm an aggressive dog

In this article, we’ll take a look at: HIDE SHOW 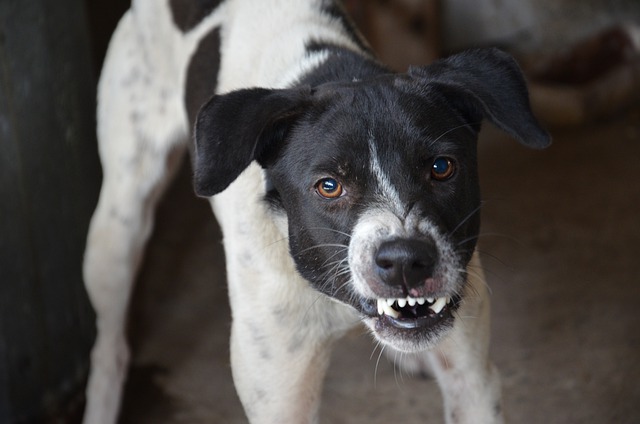 When someone says their dog is aggressive, the first thing that comes to mind is that their dogs have a bad temperament. However, there are many different factors that contribute to a dog’s aggression.

Whatever the signs of aggression your dog displays, the most important thing is to understand what triggers the behavior. Determining the right type of dog aggression helps you understand what exactly motivates your dog’s bad behavior and get the solution to prevent it.

When dogs meet on a leash, they are typically forced to approach head-on and can't turn their bodies. Most dogs don’t want to fight in this case, so they will display behaviors such as barking, lunging, and growling, to stop the threat approach.

Fear aggression is when a dog feels the need to intimidate someone or something that they are afraid of. Generally speaking, dogs that fear for their own safety are more likely than confident dogs to bite another human or dog and then run way.

Dogs may attempt to guard or defend their room or space. Territorial aggression includes barking and lunging at windows, doors, behind fences and in the car. Some dogs may quickly claim territory by showing similar behaviors at tree pits, picnic areas, park benches, etc.

Medical conditions such as rabies, neurological problems, seizures, and brain tumors can cause or predispose a dog to aggression. Animals try to protect themselves by responding aggressively when they feel pain to prevent future discomfort.

Sometimes redirected aggression looks like another kind of aggression (e.g. leash aggression), which is one of the lesser understood-by-the-dog-owner types of aggression. Redirected aggression occurs when the dog is unable to reach the intended target. The dog redirects that energy to whatever is nearby or has interfered. This is why people are often bitten when they try to stop dog fights.

Social aggression is very common in aggressive encounters with other dogs. When faced with another dog, depending on the body postures and reaction of the dog, the fearful dog will often have the tail tucked in, ears pinned back, and may lean against the owner or try to get behind them.

Some dogs are genetically predisposed to aggression. However, we cannot predict a dog's behavior just by looking at his breed. Dogs of any breed can be selectively bred for aggression intentionally or unintentionally.

Any combination of the listed behaviors 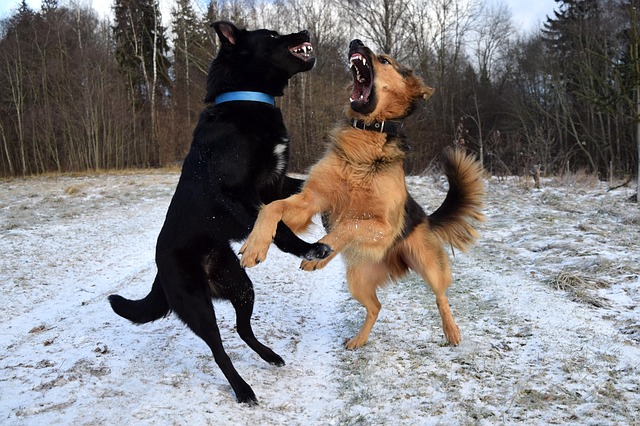 Is it possible to train an aggressive dog? Good news, the answer is Yes.

To minimize or eliminate their aggressive behavior, you can start using a safety word like ‘leave it’. Every time you use the word, give him a special treat—not a low-value treat such as regular nibbles.

Practice the safety word several times a day until he learns the word, but keep in mind that you should always put the dog on a leash during the session. When you take the dog out for the first application, use the safety word even when you do not need it, so that both of you will remember to use it.

However, teaching a safety word is not enough to control an aggressive dog, especially those that must be taught all basic obedience commands.

Enroll in obedience training classes with your dog

Aggressive dogs often need to have consistent obedience training to change. Obedience training courses can help figure out what's causing your dog's aggression, and establish a routine or create a plan with your dog.

This is actually a good tip. The reason you should never ignore aggression is serious — if could harm someone, or even your dog. If you notice aggression in a dog that you don’t know in public, it is best to leave it alone. If these traits are being exhibited by your own dog, you should find out why, so you can take steps to prevent his aggression. 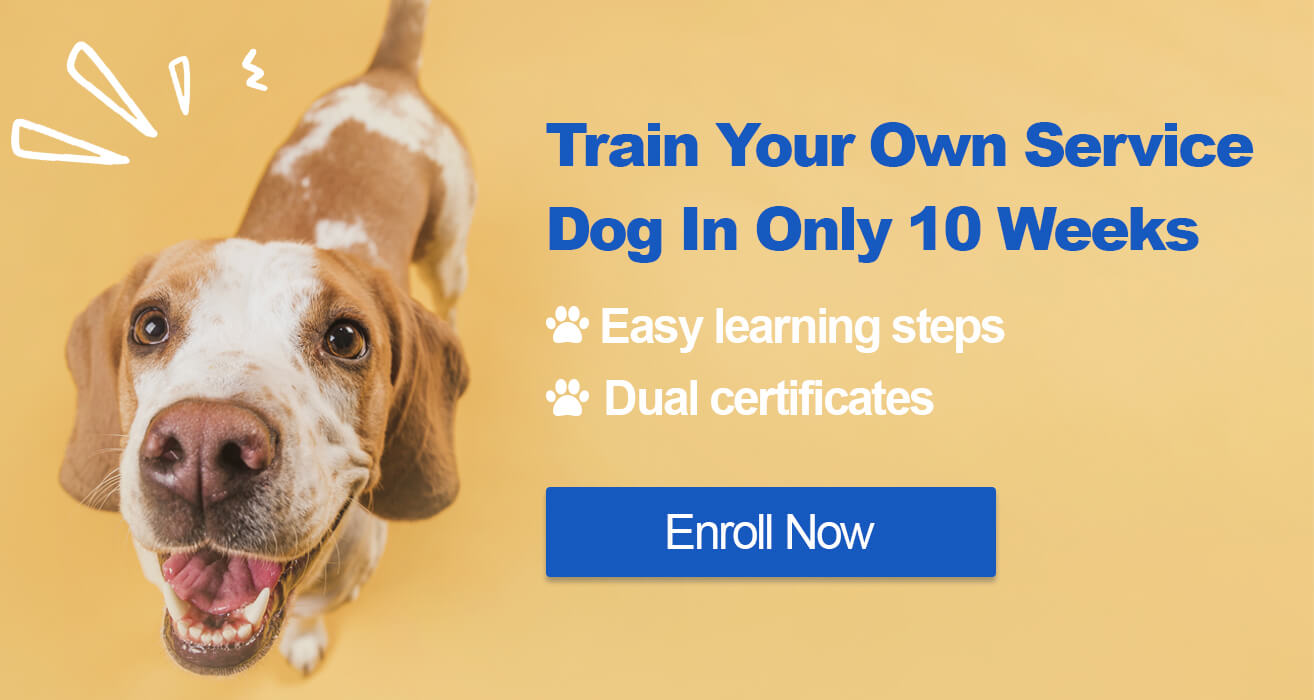 My dog is already aggressive toward other animals or humans. What can I do?

My dog is aggressive while eating

Solution: The trick is to help them realize that no one is trying to take away their food. Put food into their bowl and stand near them while they eat, until they get comfortable enough for you to pet them during meals.

My dog is aggressive toward strangers

Solution: Answer these questions to help you determine the cause of the problem and the type of dog aggression:

1. Is it every stranger, or a particular type of people – men, women, kids, people in uniform, etc.?

2. Does your dog get aggressive when a stranger comes to your home, or when they see them on the street?

In both cases, positive reinforcement training could lead to the best results.

My dog is aggressive toward me (the owner)

My dog is aggressive toward cats

Solution: Cats and dogs are not natural enemies. It’s crucial to put in the effort to socialize them, based on the level of aggression your pet displays. Keep in mind that socializing cats and dogs can be a long process.

My dog is aggressive in public

Solution: If your dog is aggressive in public, it’s important to determine what their aggression is directed toward, and what “triggers” them to be aggressive. Once you’ve identified it, your first goal should be to prevent your dog approach their trigger to evoke aggression in the first place.

If getting the space necessary from the trigger isn’t possible (for example, if your dog is aggressive toward kids and you live in a family-friendly neighborhood), you need to transport your dog to quieter locations for walks or play.

You should also consider using equipment such as a muzzle to assure that your dog will not hurt another person or dog when it becomes aggressive all of a sudden. 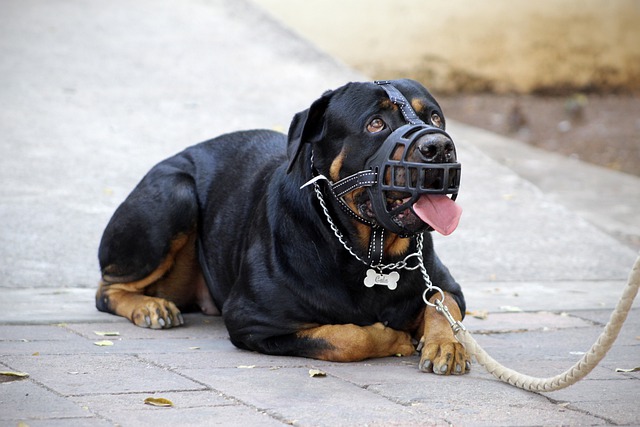 My dog is aggressive at home

Solution: Put your dog on a leash while you watch TV and ignore him. If he jumps on you, gently move him away from you with the leash. If he barks, ignore him. Wait until he sits quietly on the floor, then praise him conservatively. If he jumps up again, start over. Practicing this “calming” exercise regularly will teach your dog that settling behavior is the way to get your attention.

If your dog is aggressive toward children or other dogs, rehoming your dog might be your best option. To find your dog a new home,  consider what type of people would suit his personality and energy and create an idea of what your pet needs in its next home.

Much like children, dogs require to be conditioned to not act out. Your dog’s way of relating to other dogs will change as he goes through adolescence and even adulthood that needs to be identified. Once you identify what triggers his aggression, you can work with him, as well as a professional to help you both learn how to reduce his aggression. With a little bit of love and patience, your dog will become more docile. 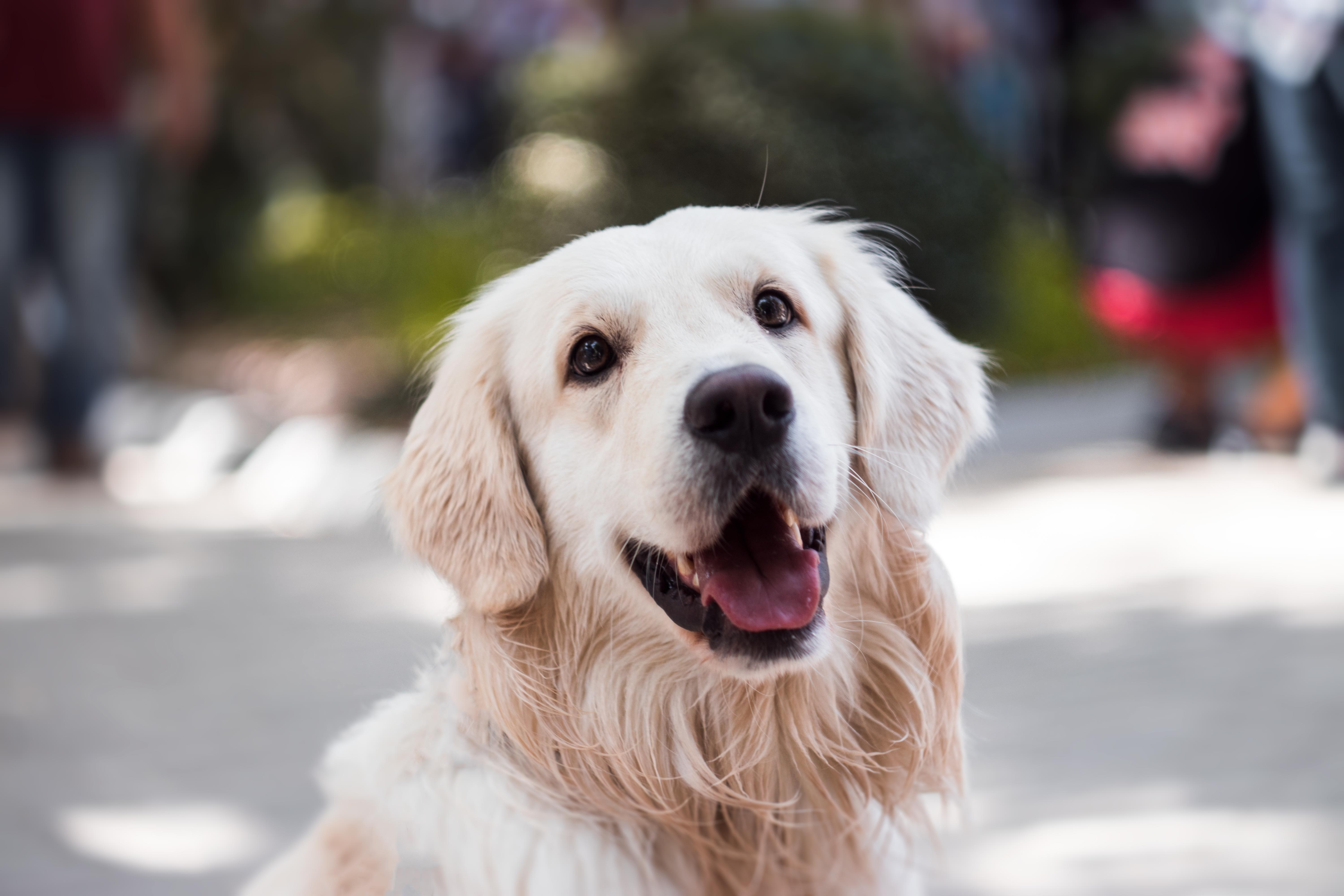 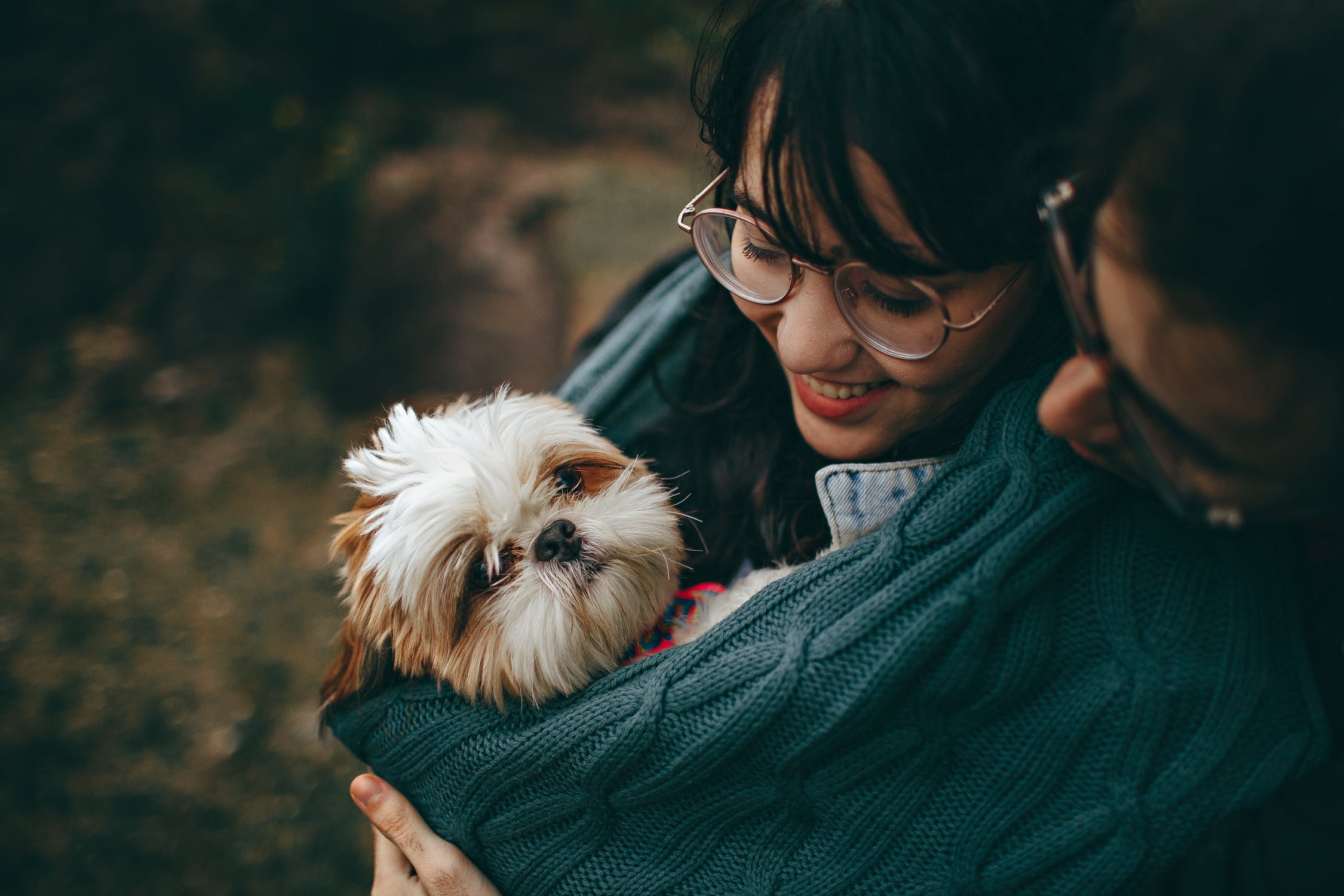 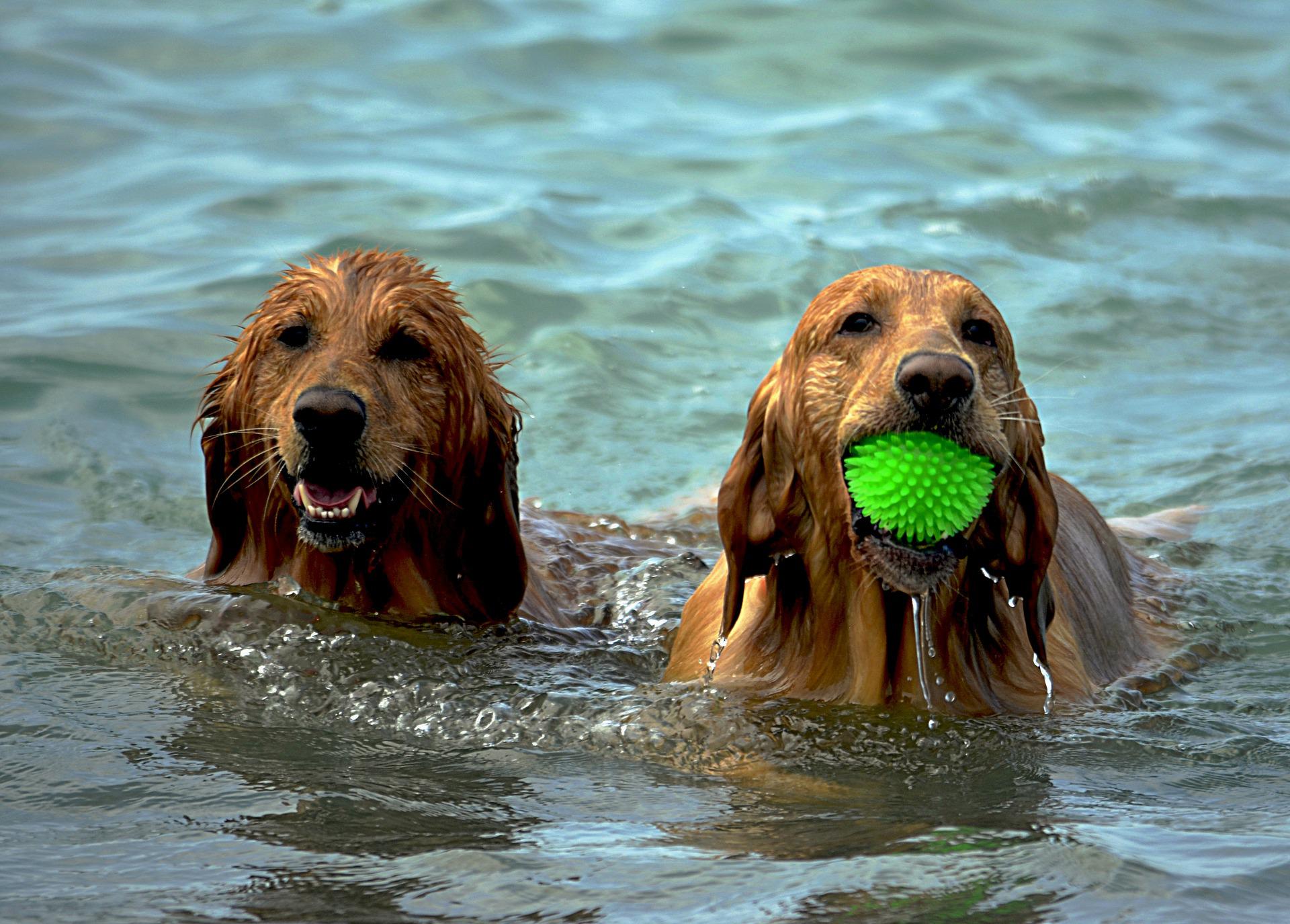 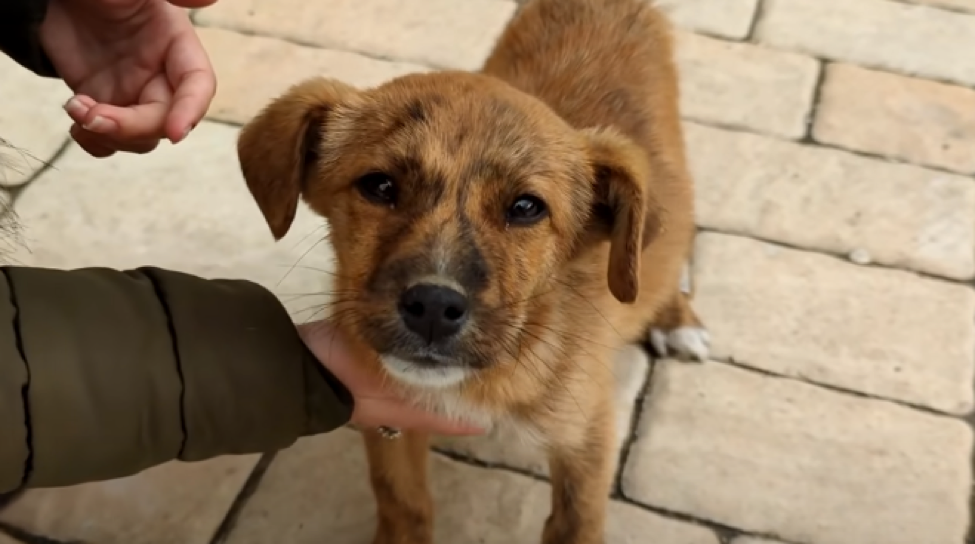 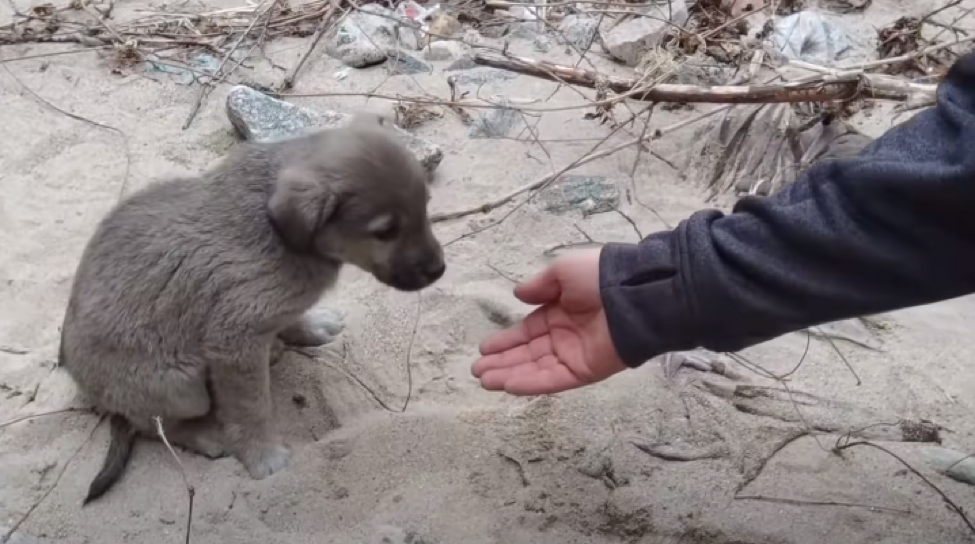